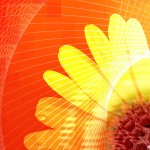 My father told me that I would live as many years as the grains of dust I could hold in one hand. Consequently I have lived to such an advanced age that now, when my body is ravaged by time, and powerless, all I have left to me in this voice, this Shadow, this urge to tell.

My name is Jones. A simple gift made uncommon by the Christian name my father gave to me - Sibyl. Sibyl Jones. I was born with the curse of the Unbeknownst, which meant that I was never able to dream. Imagine, a life of unpopulated sleep, in the days when the whole world was addicted to Vurt feathers, the shared dream. The state of Unbeknowing is a genetic lack; six percent of the populace would always suffer from this inability. The ones who could dream called us the Dodos, the flightless birds. Often, in my youth, I would envision the Dodo part of my body as a river of dark, sterile liquid in my veins. At other times, a black, hungry beetle seemed to be alive in my stomach, gorging himself on my just-born dreams.

This was my curse. The gates to Wonderland were locked.

My salvation was the gift of the Shadow, which allowed me access to other people’s thoughts. I was a head-tripper, a mind-reader, living my life at one remove. One hundred and fifty-two years I have lived in this state, and the dust gets everywhere. Every orifice is clogged with it. The folded map of the brain becomes a drifting garden of powder.