the ghost on the b-side 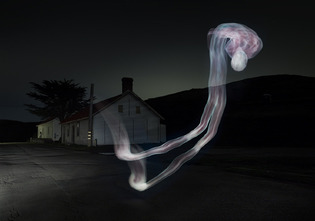 A TECHNIQUE FOR REMIXING NARRATIVE

Dub fiction is a way of remixing text.

The technique can be used to produce new, standalone stories or poems. It also works as a way of creating a second text that works in conjunction with an original piece. In this sense, it acts like a musical remix or an old-school B-side dub mix.

It’s this mirroring effect that I’ll look at in this article.

You’ll need a source code text, either your own or sampled from another writer, or a mixture of the two. It’s usually best to use two different sources, as long as they have some kind of shared subject matter or atmosphere. But the second source material is there only to bring in a bit of leftfield mystery, so I usually choose something a lot shorter than the primary source. A few lines taken from a poem or a song usually work well.

The best way to demonstrate how the process works is to show a miniature remix in action. I’ll do this in real time, so to speak, as I write the article. So, for my primary text I’ll use a random fragment from my files:

"These strange children with their marked skin, with their eyes always half-closed. These youngsters, outsiders, freaks of the shanty towns, silent and bowed, hands atremble with secret messages, codes of the new dance, moon-feverish. These kids of the wanderzones, magnetic units of flesh and blood and dark-hearted desires drawn to the duskline."

For my secondary text I’ll use a couple of lines from David Bowie’s 1972 song, "STARMAN":

"Came back like a slow voice on a wave of phase,
That weren’t no D.J. that was hazy cosmic jive."

The basic rule of thumb: the more distinct, individual images there are in the source material, the better the remix turns out.

Now we begin. Combine the various sources into one document and paste them into an online cut-up engine. This is my favourite one, made by The Lazarus Corporation.

This particular engine allows you to choose the size of phrase to be rearranged, so a degree of the original meaning is kept. Personally, I like to cut the text into the smallest possible fragments, in this case two words per fragment. But see what works best for your particular style. Of course, you could choose to go the traditional way and use paper and scissors. Always fun.

Copy the result to a fresh document. You should now have a kind of messy soup of words all jammed up next to each other in various new and different ways. Like this:

"These strange skin, with children with of phase, that cosmic jive. a wave atremble with blood and dark-hearted desires of the always half-closed. wanderzones, magnetic the duskline. Came was hazy voice on D.J. that flesh and dance, moon-feverish. the new back like units of codes of drawn to secret messages, These youngsters, bowed, hands a slow outsiders, freaks weren’t no silent and their eyes These kids of the shanty towns, their marked"

I now treat this as a bank of potential images. I go through the text, taking each group of words in turn as a self-contained unit. You will find that groups of words operate as phrase fragments. Taken in isolation, these phrases might well make a kind of normal, everyday sense, but more often they work as surreal or nonsensical or poetic images.

I work quickly at this stage, trying not to think too much about the outcome. I put each of these phrase fragments onto a new line. Continue through the piece until you have a list of these strange, fragile images and phrases. Here’s the result:

"These strange skin,
with children with of phase,
that cosmic jive.
a wave atremble with blood and
dark-hearted desires
of the always half-closed. wanderzones,
magnetic the duskline.
Came was hazy voice
on D.J. that flesh and dance, moon-feverish.
the new back
like units of codes of
drawn to secret messages,
These youngsters, bowed,
hands a slow outsiders,
freaks weren’t no silent
and their eyes
These kids of the shanty towns,
their marked"

Now go through the list again, this time refining the individual phrases. Discard and add words to make the phrase fragments work. You’re looking to construct phrases that appeal to you on a gut level, or that work in poetic conjunction with the original source text. Also, at this stage remove any words that just look plain ugly, or that seem completely out of context for the purposes at hand. If you’re sampling from other writers’ copyrighted works, it’s best to change or even remove any obvious source code fragments that may have survived the remixing. Here we go:

"This strange skin
children of phase
that cosmic wave
trembling with blood
dark-hearted desires
of the half-closed wanderzones
magnetic duskline
Came a hazy voice
D.J. Flesh
moon-fever dancing
the new jive-code units
drawn to secret messages
These youngsters, bowed
In the hands of slow outsiders
freaks that weren’t so silent
and their eyes were
kids of the shanty towns,
marked by"

The first stage is now complete. We’ve broken the originals down into a series of disjointed, but potentially interesting images.

Now it’s time to build a new narrative. I treat the image list as a potential story that’s waiting to be told. I need to bring this story to life. Anything goes: words can be pushed around, changed, melded together, split apart, thrown out, or new ones added, to create the remixed text. Slowly, a sense of meaning or semi-meaning will emerge. The piece will begin to find its own identity. Keep working until you think it’s more or less finished…

"These strangely skinned children were out of phase with the town. They held dark-hearted desires, drawn from the half-closed wanderzones. Here, the magnetic duskline spoke to them in hazy voices, barely heard. The music from cosmic radio stations acted as a secret message; it set the kids dancing, exploring the new slow jive-code. Over time, they bowed down to the hands of outsiders, to freaks that weren’t so silent. Now their blood trembled with new life, and their eyes were marked by moon fever."

That’s not too bad. It feels like the start of something.

But now comes my favourite bit: copy this almost finished text, go back online, and push it through the cut-up engine a second time, this time using a slightly higher phrase size, say three or four words per fragment. This second cut-up remixes the text, but keeps most of the special images and phrases you’ve created.

If this sounds a bit reckless, don’t worry: you should always keep the various stages of the remix, so that favourite bits can be imported into later pieces, if need be. Also, if a cut-up doesn’t look too promising, just push it through again, or try a different cut-up engine.

OK. Here’s the result of the second cut-up:

"The hands of outsiders, they held dark-hearted in hazy voices, barely life, and their eyes slow dancing phase, exploring with the town. fever. here, the magnetic message; it set the kids were marked by moon these strangely skinned heard. the music from the new jive-code. over time, they bowed down to desires, drawn from the children were out of cosmic radio stations duskline spoke to them acted as a secret half-closed wanderzones. so silent. now their to freaks that weren’t blood trembled with new"

Now we look for the secret codes, the shadows of meaning. I usually find that this second cut-up reveals the true purpose of the piece.

What I like here is the line, “dark-hearted in hazy voices, barely life.” I really think “barely life” wants to be “barely alive”. So the line might become, “Dark-hearted, hazy voiced, barely alive.” I also like the little phrase, “the town. Fever”. The town’s fever. This is new. And suddenly, these children are victims, not outsiders but outcasts, damaged in some way by a fever, perhaps genetic in nature. Now I have a narrative structure in mind. The piece turns darker. It becomes a eulogy of sorts, a poem of the lost. And maybe a journey beyond that.

We keep working to push the text towards this new goal. Do whatever it takes to make it special. Continue until the piece has coherence, structure and narrative flow, however those values may apply in the circumstances. Maybe it becomes a song, a poem, another story, a scientific report, a map, a list of curious items, anything that works. During this final stage, keep in mind the original source material, so that the remix mirrors it in some way.

In light of all that’s been revealed by this particular piece, I couldn’t resist bringing the starman back. Also, those wanderzones (whatever they might be) really do need to be half open rather than half-closed. To read the final result, hit the REMIX button at the bottom of this article.

I see this kind of dub fiction as a way of creating a more atmospheric or experimental or abstract or lyrical version of the original. Sometimes it feels like the subconscious of the original is being revealed; other times it feels like the remix is a ghost, the shadow text that haunts the original. Ideally, the final B-side remix should work as a piece in its own right, and also resonate with meaning when read in tandem with the A-side source code text.

The most important point, for me, is that the actual cut-up engines are a tiny part of the method. They offer random inputs at two key stages: one to start the remixing process; the second to rearrange the almost finished piece. These inputs shift the mind away from its usual focus, which is always useful. But the vast majority of the work happens through good old-fashioned creative graft with pen and paper, screen and keyboard.

There are many other ways of generating and reworking text, but this is my basic, go-to, everyday method.

Click REMIX below to read the finished piece.
REMIX